Throughout its more than 10,000-year history, ancestors of the Pamunkey Indian Tribe have lived, farmed and hunted across much of central and eastern Virginia - much of it made accessible by Virginia’s tidal waterways. As the rivers played an important part in the Tribe’s history, it is fitting that water will play an important role in the Pamunkey Tribe’s future. With a state reservation on the bank of the Pamunkey River, the tribe has selected a beautiful piece of property along another Chesapeake Bay tributary – the Elizabeth River – as its future home for a world-class resort and casino. Planned amenities of the $500 million resort include a four-diamond 300-room full-service hotel, a high-end steak and seafood restaurant, sports bar and grill, café, as well as 5-7 other dining options. Other features will include a luxurious spa and pool and an entertainment venue. 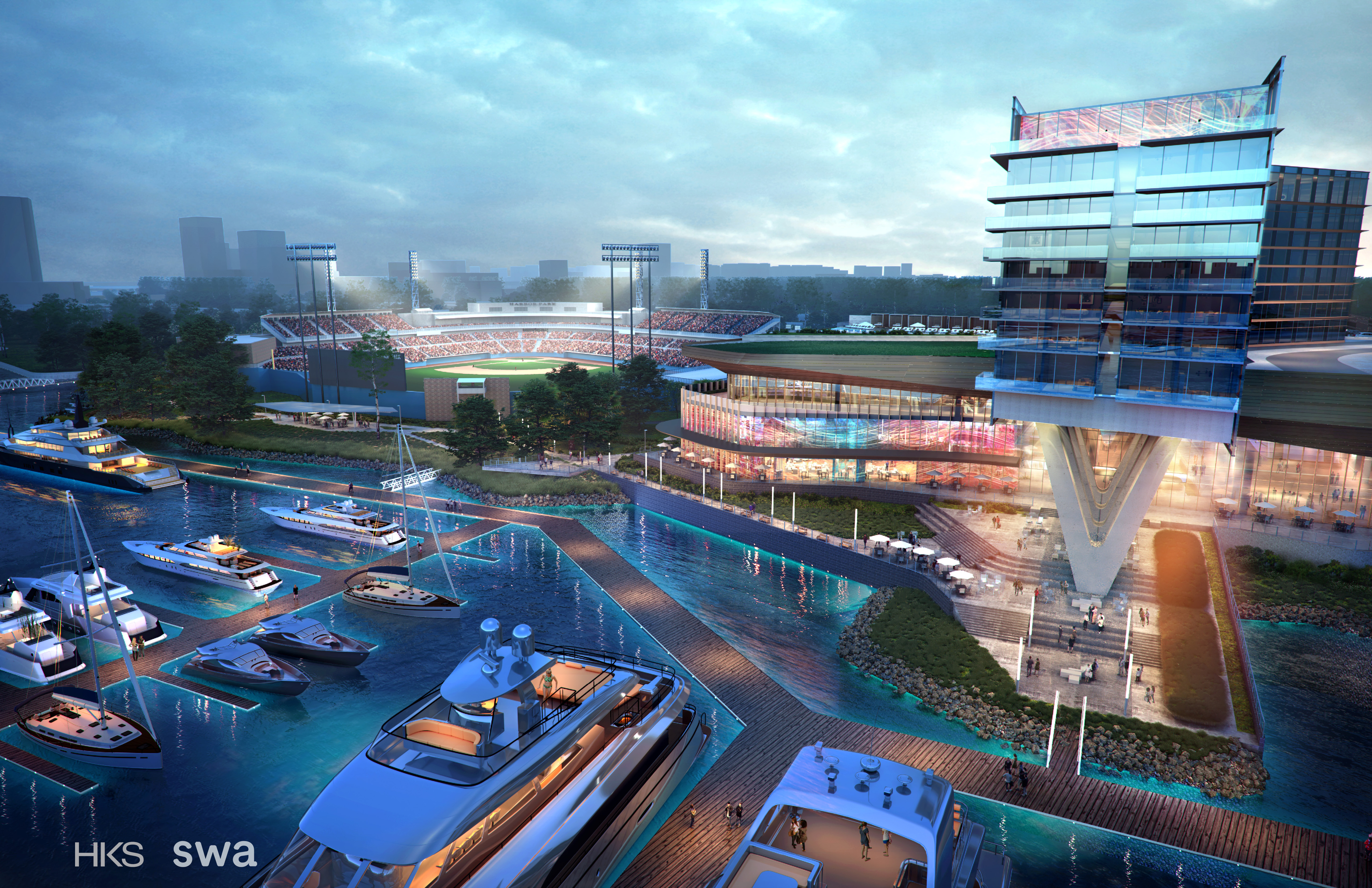 The resort will bring top-notch entertainment to downtown Norfolk and offer an exciting destination for tourists and Virginians alike. Whether seeking to try their luck with a variety of games, looking to be pampered at a first-class spa or enjoy a fine meal before a game at the neighboring Norfolk Tides Harbor Park Stadium, guests at the resort will experience true Virginia hospitality.

The tribe’s resort will help to continue to transform Norfolk’s riverfront and serve as a catalyst for economic growth for the entire city and the region. The resort will create an annual economic impact of $850 million for the Commonwealth of Virginia, including $754 million for the City of Norfolk. Furthermore, the resort will create approximately 2,500 permanent jobs, in addition to the more than 2,000 jobs during construction, making it the fourth largest private employer in Norfolk. In addition to the economic impact and job creation, the resort will provide nearly $100 million in annual employee earnings and generate annual purchases of $92 million for ongoing operations.

The development agreement between the City of Norfolk and the Tribe requires that the Tribe is responsible for infrastructure, flood mitigation and utility improvements needed for construction of the resort. The purchase price for the approximately 14 acres is based on an independent appraisal of $750,000 per acre for a total purchase price of approximately $10,500,000. Based on a sliding gaming tax rate set by the state, once open, the City will receive an estimated $30 million per year in gaming and sales-related taxes. Ultimately, the project provides the City of Norfolk with the largest private economic investment ever and guarantees an annual revenue stream for the City – without any state or local tax incentives or government grants for the developer.